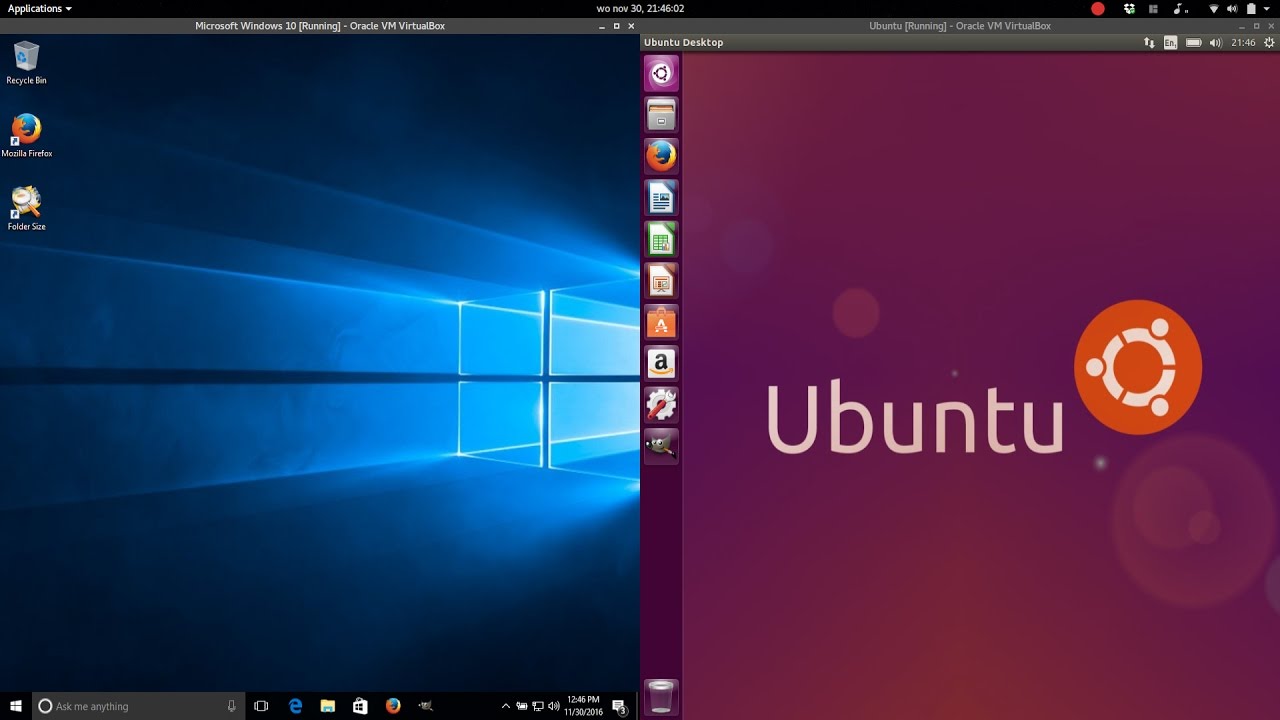 Looking for a new OS and trying to decide between Linux and Ubuntu? We break down the (surprising!) histories of these two Linux distros and explain pros and cons to both. Plus, we wade into the security concerns over Linux Mint; should you avoid it? We help you answer that question once and for all.

If you’re even the tiniest bit tech savvy, you’ll know there’s a vast difference between Windows and Mac operating systems. What you might not realize, however, is that there is a whole world of available operating systems that have nothing to do with either Windows or Mac!

Most of the time, beginners are pointed towards Linux Mint or Ubuntu. Both of these operating systems are excellent choices for people just starting out, but they vary in some important ways. In this article, we’re taking a deep dive into all things Linux and Ubuntu to help you understand the differences, and decide where you should start.

What Is an Operating System?

To best understand Mint and Ubuntu, we should first clearly understand what is meant by the term “operating system.” An operating system is a software that manages software resources and computer hardware. It allows one computer program, for example, to be used by a wide variety of computers (including phones!).

We’ve already touched on how popular Microsoft Windows and the macOS from Apple are. Together, they account for more than 84% of the market, with Google’s Android and Apple’s iOS accounting for 99% percent of the smartphone and tablet market.

Linux, however, is a distant (but important) third, with just over one and a half percent of the computer market. More importantly, Linux dominates when it comes to servers and supercomputers.

Linux is an example of open-source software. It is distributed in source code form and built and created by different entities and people. It doesn’t come as a complete package, either, the way Windows or your macOS will.

Instead, different organizations work on the following disparate parts:

While you can nab each of the separate parts and combine them, this is extremely time-consuming and quite difficult. Plus, it’s a ton of work! That’s where Linux distributions (often called distros) come in. They take all those open-source project codes and combine them into a single OS.

With a distro such as Linux Mint or Ubuntu, you can simply boot up your computer and install. Plus, distros add special touches, such as themes. That’s the magic of a distro, and that’s why Mint and Ubuntu are often recommended to beginners.

Distros vary according to their purpose. Some are designed to be used by servers (and therefore don’t have a graphical interface) while others are designed for special purposes, like the PC you use for your home theater.

Linux distros serve a wide variety of purposes and come in an even wider variety of forms. Some include only open-source software (Fedora is one such distro) but others, such as Mint, include closed-source software so that users have a better experience.

The default desktop environments from one distro to another also vary rather dramatically. Unity, for example, comes with Ubuntu, while you can get Cinnamon or MATE with your Mint. Fedora, another distro that’s commonly compared to Mint and Ubuntu, comes with GNOME Shell.

As you explore the differences between Ubuntu and Mint, keep in mind that the decisions are fiercely personal. Both distros are excellent choices for PCs, but the best way to know which you prefer is to try them out yourself. Fortunately, it’s easy to do so.

All you have to do is download them and either burn a DVD that’s bootable or create a USB drive that’s bootable. Next, restart your computer, booting from your DVD or USB drive, and you can use your new Linux distro in live mode.

Some newer computers require you to disable secure boot first, but this is easily done. If you like your Linux distro, you can then install it directly from the live environment (which will not, coincidentally, mess with your existing system).

Now that you know what an OS, a distro, and Linux are, let’s talk about Ubuntu, specifically. Ubuntu is a Linux distro based on another Linux distro, Debian. It’s offered in three packages: Ubuntu Desktop for PCs, Ubuntu Server (for, cough, servers), and Ubuntu Core for IOS (internet of things) devices.

Debian itself has been around since 1993, more than a quarter of a century! New versions of Debian are still being released, but the original point of Ubuntu was to take the stable, respectable Debian and make it faster and more user-friendly.

This means the company can create new releases every six months, as well as provide support. Ubuntu has become the most popular choice for cloud OS. Ubuntu users receive the Unity desktop as a default, those with minimal effort you can install and use a variety of other desktop environments (Ubuntu maintains a robust library plus there are third parties that create personal packages, known as PPA).

It is the Unity desktop, in fact, that will remind Mac users of what they’re used to, with working windows and a left-hand application launcher. Unity utilizes windows and global windows in a similar fashion to Windows and comes with Firefox.

We have a bit of a surprise twist for you. Mint, as it turns out, is based on Ubuntu! While the two distros have both come far enough that they’re quite different now, they were originally very similar. Mint’s first Ubuntu system was called Barbara and was released in 2006.

It was only lightly customized, with software that was slightly different from the original. In fact, the main difference was that it included Flash, Java, and other proprietary software and multimedia codecs. Users loved Mint’s convenience, often more than they loved Ubuntu’s idealistic setup.

Mint is now its own entity, with a customized desktop, main menu, and configuration tools and unlike Ubuntu, it is community-driven (with Clément Lefèbvre as the brainchild behind the thing).

Instead of Unity, Mint users can enjoy Cinnamon or MATE desktops, though they do have to be content with less consistent software updates (this had led to some security concerns, which we’ll explain below).

Mint is often recommended for computer users who desire more traditional desktop experiences; Cinnamon and MATE both have complete taskbars with window lists, pop up app menus, and so forth. 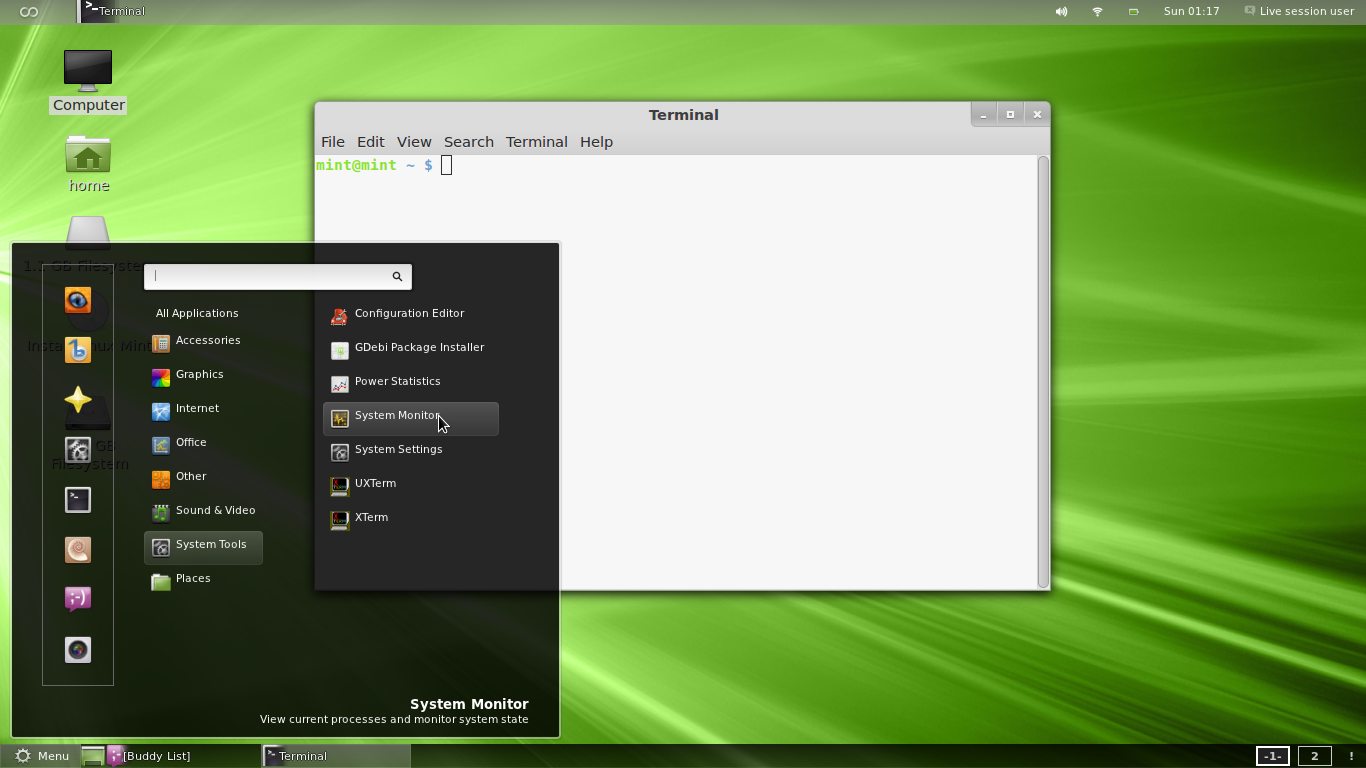 Some of the differences between Mint and Ubuntu are fairly obvious at this point: Mint has the more traditional desktop setup (here’s a fun wrinkle: you can install Cinnamon on Ubuntu!), while Ubuntu has more long-term support and an established schedule of updates.

Mint used to be preferable for people who didn’t want to install media add-ons later, but Ubuntu has made that process so easy that it’s not an issue anymore. The fact is that Ubuntu may well be the more popular distro of the two, which means a lot if you’re just beginning.

The fact that you’ll see tons of community support available for your Ubuntu means a lot when you hit a snag or major issue. On the other hand, the consensus is that Mint offers better configuration. One example is that you’ll see a whole setting application for the Cinnamon desktop, whereas you’ll only see a few options with Ubuntu’s Unity. 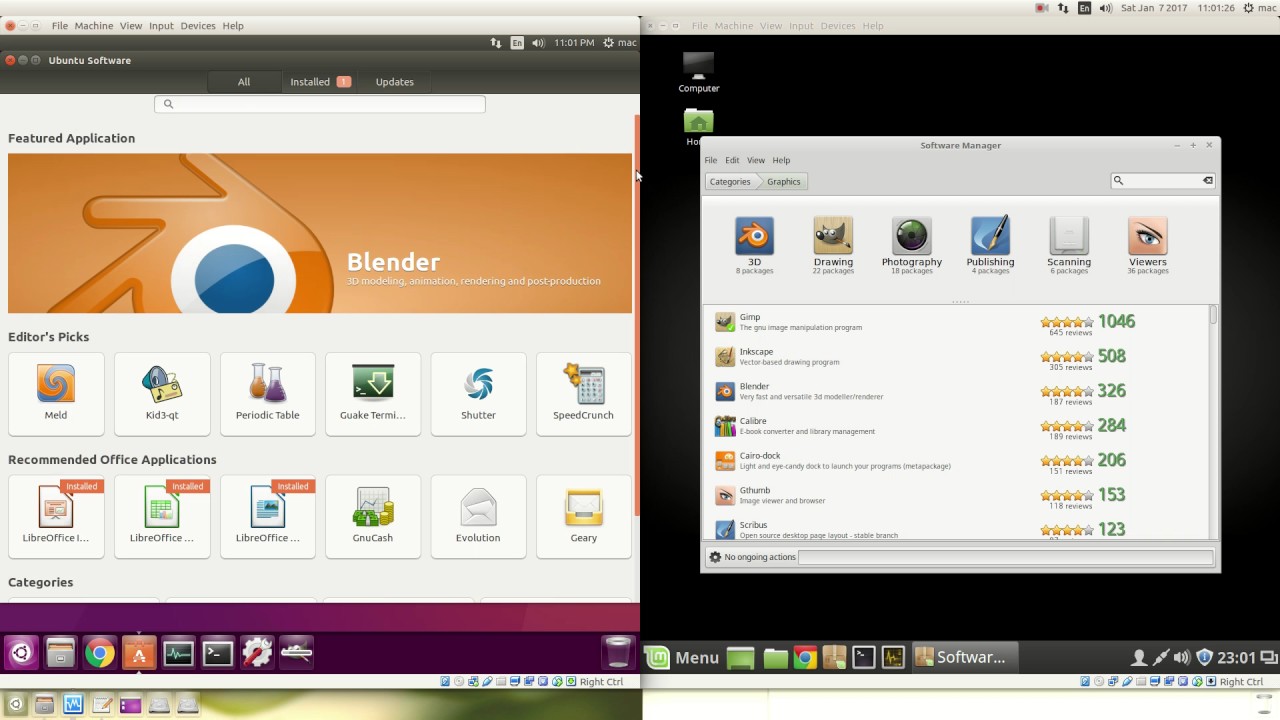 A Canonical employee who worked on Ubuntu made waves years ago when he alleged that, because Mint blocks certain security updates, he wouldn’t do his personal online banking via a Linux Mint PC. Debates hammered out the arguments across internet forums, but it left many of us wondering–is Mint secure?

The bottom line for most is that most home desktop users will probably not be compromised. Ubuntu, as it turns out, updates everything by default, shoring up vulnerabilities even if they’re not likely to be breached. Mint, on the other hand, excludes the updates that might cause problems.

Ultimately, it’s up to the user to decide which he or she is more comfortable with!

Ubuntu and Linux Mint are both excellent distros for beginners or people who just want a good OS for a new or existing computer. Do you agree with our break down? Which will you choose? Let us know in the comments!