VirtualBox 5.0 Released — Here’s How To Install/Upgrade On Windows

If you’ve been following Oracle VirtualBox recently, then you’ve probably already heard that VirtualBox 5.0 was recently released with boat load of changes and new features.

It was released (a major one) with paravirtualization support for Windows and Linux guest machines, more hardware-assisted instruction sets for virtualization and nested paging, drag’n’drop support out of the box for Windows, Linux machines and more.

If you don’t know about VirtualBox, here’s a brief summary:  It is a virtualization software that allows anyone to run multiple operating systems (Windows, Linux, Mac OSX and others) on a single host computer. These virtual machines (aka guest machines) run as if they were running on independent hardware uniquely cut-out for them.

We’re have discussed a lot about VirtualBox and showed you how to install it on Windows and Linux machines on this blog. It’s a great software, especially for students in Information Technology.

I have used VirtualBox since it was first launched and with every new release, new features get added, it gets more refined and stable and works better on the host systems. The host system can be a Windows, Linux or Mac OSX computer.

This new release comes with the following changes

Apart from the newly released features, old bugs and existing issues where also fixed.  A long list of issues were fixed and shipped with this release. VirtualBox should now run more stable on Windows, Linux and Solaris hosts, improved HID LEDs synchronization for Mac and Windows hosts and a fix for a NAT issue that kept resetting and dropping all connections.

For more about this release, please check out VirtualBox ChangeLog page here.

To install VirtualBox on Windows machine, go and download a new copy.. then run the installer. When prompted continue with the installation. 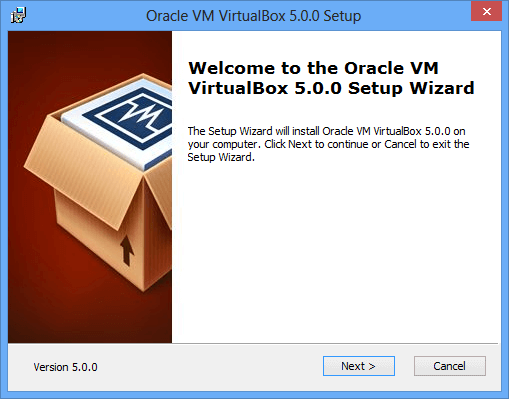 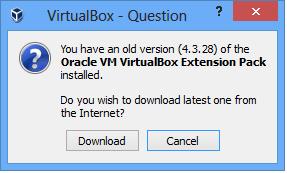 Next, read the license agreement. You won’t be able to click the I Agree button until the slider is way at the bottom. The I Agree button should be activated. Click it to continue to install the Extension pack. 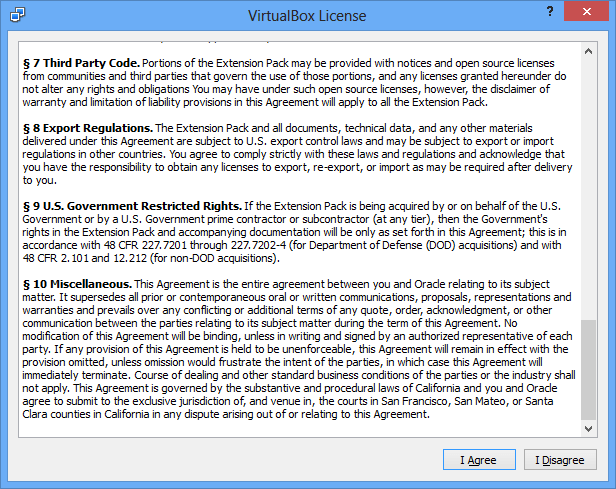 After installing, VirtualBox should be ready to use.

My next post will show you how to install Oracle VirtualBox on Ubuntu hosts.

Enjoy! and keep coming back for more easy-to-read tutorials on Windows, Linux and WordPress.