Getting Started With Ubuntu Linux – How To Install Ubuntu

Looking for simple to understand tutorials on Ubuntu Linux? You’re in the right place. Whether you’re brand new to Ubuntu Linux or just want a refresher, these tutorials will help you get started.

We’re going to start this series with downloading and installing Ubuntu on a used or new computer. We’ll then follow up with other basic tips and guides to introduce you to Ubuntu Linux.

Before we get started, let’s talk about Ubuntu.

Linux has many derivatives and Ubuntu is one of them. When you think of Linux, think of it as the core systems that powers Ubuntu. Without the Linux kernel, Ubuntu will just be bunch of fancy applications with nothing to run on.

First things first – How to get and install Ubuntu?

Ubuntu Linux is being developed and maintained by a company known as Canonical. It strives for a more user-friendly experience with Ubuntu. It continuously provides support and resources to make Ubuntu the most popular Linux based operating system.

There are many ways to get Ubuntu.

One way to get Ubuntu is by going to http://www.ubuntu.com/download and downloading a free copy. You can then burn the ISO image of Ubuntu onto a CD/DVD disc.

Another way to get Ubuntu is by ordering a copy of the disc that’s only if your Internet connection isn’t reliable or stable and you’re unable to download it from online.

Ubuntu support tier –Which one to install?

There’s one Ubuntu OS but two support tier. One is known as Ubuntu LTS, which stands for Long Term Support. The version has a longer support lifecycles, usually 5 years from the released date.

The other offers rapid releases and includes the latest features. Support lifecycle is usually 9 months.

Whether you downloaded and burned the ISO image from online or bought a copy, Ubuntu is easy to install from. It can also be installed from a USB disc, provided the image was burned on it as well.

For both Ubuntu and the LTS versions, the installation is the same. Power on your computer insert the CD/DVD or flash drive. Then boot from the drive. 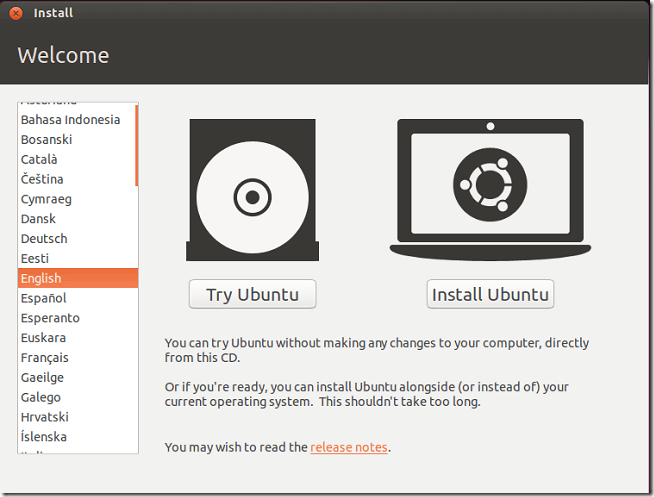 On the welcome screen, you’ll have the option to try or install Ubuntu. Trying Ubuntu won’t install it computer, it will just allow you to test it out before actually installing.

Next, if you computer is connected to the Internet, choose to download updates while installing. If not, just leave the box uncheck and continue. 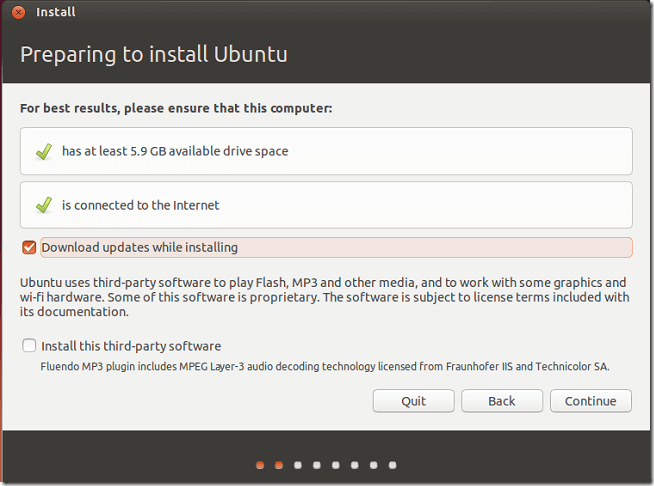 Installing Ubuntu on a computer will erase all files on the hard drive. Choose the first option which erases and install Ubuntu on the machine. 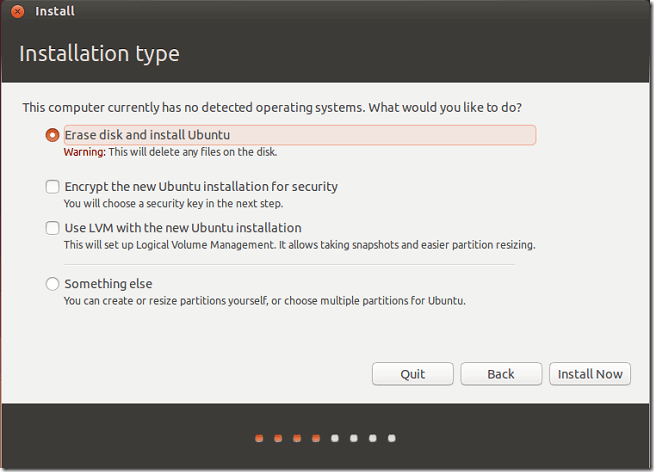 On the next screens, select your city and keyboard layout and continue. Next, choose your username and password to continue. 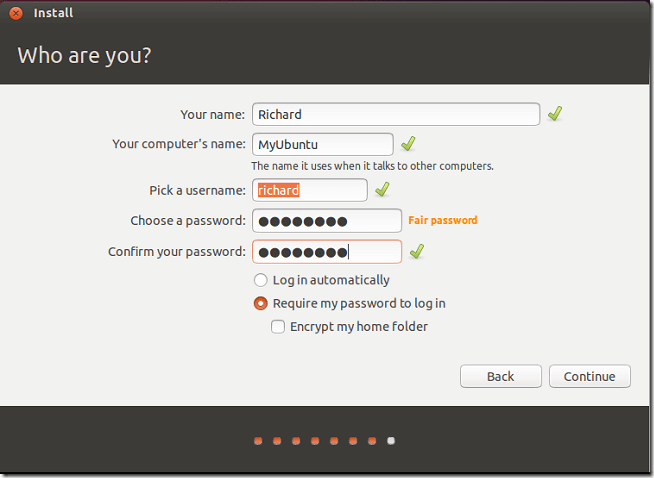 Next, wait for Ubuntu to finish downloading and installing all packages. Once done, you’ll be prompted to restart your computer.

That’s it! All you have to do is restart your computer and start enjoying Ubuntu!

Our next posts will provide tips and tutorials on using Ubuntu. Stay Tuned.