HandBrake 0.9.9 Released With Support For Blu-ray Subtitle And More

For those who don’t know about HandBrake, it is a software that allows you to transcode or convert most commonly used multimedia and any DVD or Blu-ray disc that are not copyright protected. It’s not a burner or riper, it just lets you convert one media format into another and does it pretty well.

To install it in Ubuntu, run the commands below to add its PPA

Finally, run the commands below to update your system and install it.

After installing you should be able to go Unity Dash and launch it. If you decide you don’t want it, run the commands below to completely remove it from your machine.

The run the commands below to remove its PPA as well.

For Windows and Mac OS X systems, visit the Download Page and get a copy from here. 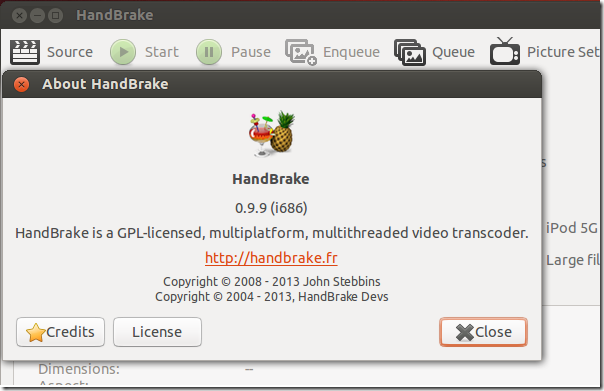