Geary–Lightweight Email Client Updated To Version 0.3–How To Install It In Ubuntu

Geary, a lightweight email client that organizes your emails by conversation has just been updated to version 0.3, and this brief tutorial is going to show you how to install it in Ubuntu 12.10 / 13.04 Raring Ringtail. It’s compatible with Gmail, Yahoo! Mail and other IMAP servers.

Although Ubuntu comes with a default mail client, Geary might be suitable for some who just want a lightweight and portable mail client that works.  This release brings many changes including, support for multiple accounts, spam labels and a setting that highlights unread messages in the conversation viewer.

Below are some of the changes that were added:

To get started, installing Geary in Ubuntu, press Ctrl – Alt – T on your keyboard to open the terminal. When it opens, run the commands below to add its PPA.

Finally, run the commands below to update your system as well as install Geary Mail Client. 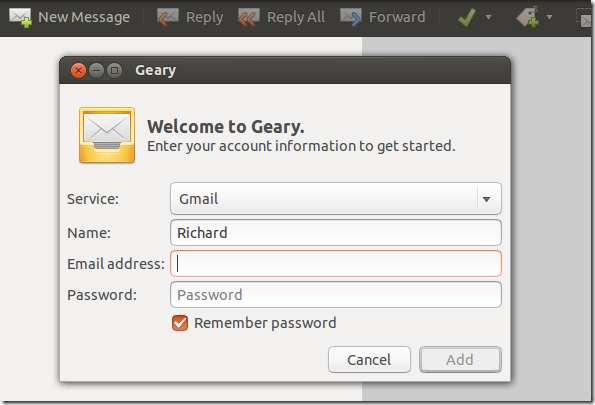 To uninstall or completely remove Geary from your machine, run the commands below to remove its PPA.

Than run the commands below to delete Geary from Ubuntu.

To install Geary in system without PPA support, download the deb archive and install it.

Then install it by running the commands below