Well, here we go again. The latest version of Ubuntu, (Quantal Quetzal) first alpha is released. And if you’re like me who likes to try new things, you can go to this site and download the alpha version to install.

Before you get too excited, there isn’t much to expect, except that Update Manager is renamed Software Updater. And as with all alpha versions of any software, expect many changes before the final version is released. So what you see now may or may not be in the final released version of Ubuntu 12.10. If you just want to give it a test drive, head over here to download an ISO image and burn it to a CD/DVD.

Now, power on your machine (virtual / physical) and install Ubuntu! 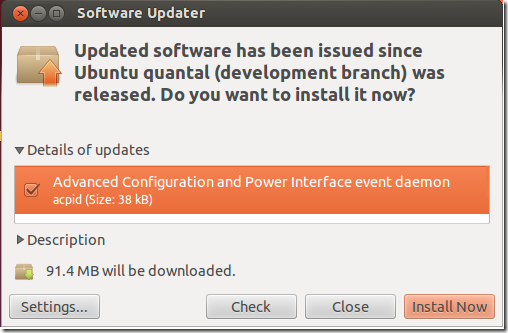