If you’ve been following news about Ubuntu online, then you probably already know that a new version of Ubuntu called Precise Pangolin will be released in April of this year. The new Ubuntu will feature many improvements with respect to desktop environment, utilities, and better hardware support.

Now, you don’t have to wait until April to try out the new Ubuntu. An alpha version has already been released for testing. You may choose to upgrade your system but it is not recommended to do so since software in alpha states are not completely tested and proven. But if you still want to upgrade anyway, then continue below to learn how.

To get started, press Ctrl – Alt – T on your keyboard to open Terminal. When it opens, run the commands below to update your current system before upgrading.

After updating your system, press Alt – F2 on your keyboard, then type the commands below into the command box. 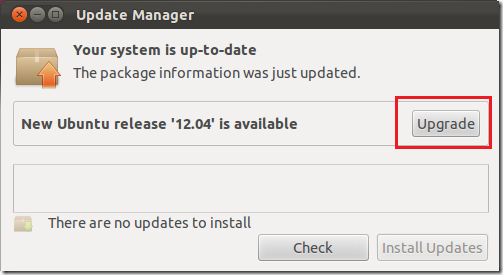 Wait for Ubuntu to finish downloading and installing all 12.04 packages. 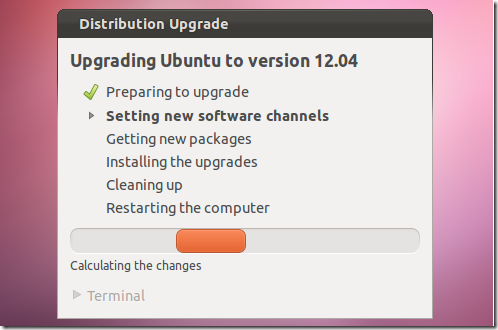 Restart your computer and you’re done.