How to Install Battle.net on Your Gaming Computer 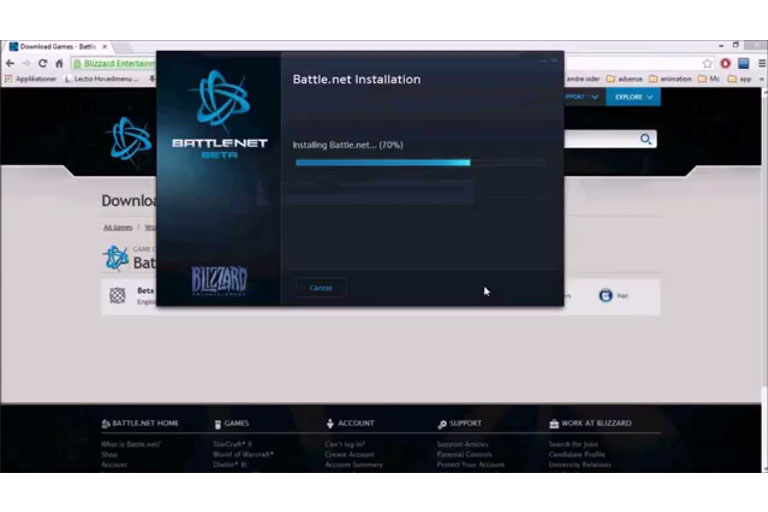 Unless you’ve been living under a rock for the past two years – or at least deep in the woods cut off from civilization – you’ve probably heard of Blizzard’s hit video game Overwatch.

The first-person shooter has been a hit from nearly the moment it was released in 2016. Since then, it’s become a worldwide phenomenon, attracting millions of fans and spawning the Overwatch League earlier this year.

If you haven’t gotten on the Overwatch bandwagon just yet, you have a few options if you want to start playing.

Console fans will always be able to play their games on their Xbox One or PS4 machines. But if you prefer the more traditional desktop experience, you will need to install Battle.net in order to play.

What Exactly is Battle.net 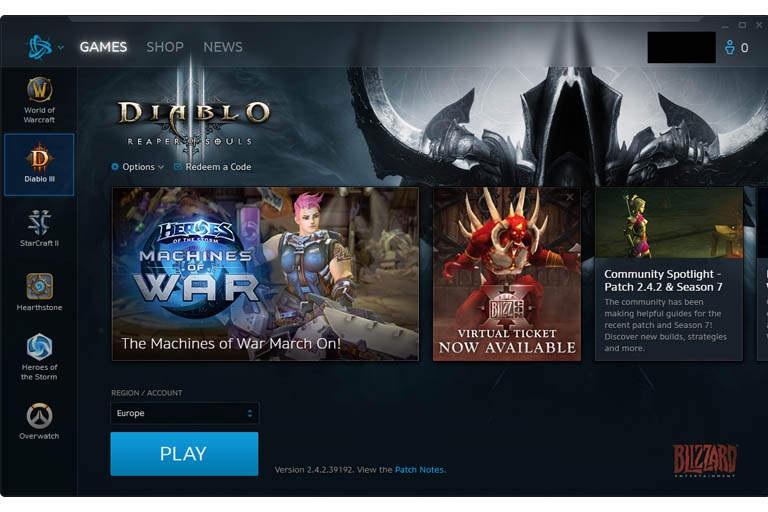 Battle.net is a desktop app for your computer which gives you access to games, features, and chats all exclusive to Blizzard.

This app puts all of your Blizzard games in one place. You’ll need to pay for some popular titles like Overwatch and the new installments of World of Warcraft, but you’ll have access to free versions of other popular Blizzard games, such as StarCraft II, Heroes of the Storm, and Hearthstone.

Battle.net also adds a social component to its games directly on the app. The majority of the games offered by Blizzard are multiplayer team-based shooters or strategy games. Users on Battle.net can add contacts directly in the app so they’ll be able to see if their friends are currently playing a game.

Gamers can then jump right into the action to join their friends – or team up against them. Plus, the app gives gamers the ability to chat or send direct messages to their friends. So basically, you can plan an all-night battle royale entirely in the app without needing to pick up your phone or make a call.

Finally, Blizzard will send game updates and notifications directly to users on the app. Even if you aren’t playing a game, the app will automatically run updates when they are available, so you don’t waste time waiting for your game to update when all you just want to start racking up the kills.

In addition, Blizzard will send news updates and free trial information to everyone on the app. Battle.net is more or less your one stop shop into everything Blizzard.

6 Steps You Need to Take to Install Battle.net and Customize Your App

This all sounds good, but how do you get the app on your computer?

Fortunately, Blizzard makes the download, installation, and setup process extremely easy. In just a few minutes, you can be joining your friends or a group of random strangers in an online battle that could last all weekend – or at least until your parents make you go to bed.

So, what are you waiting for? Here are the 6 steps you’ll need to take in order to get gaming on Battle.net.

The first step is pretty self-explanatory. Go to Blizzard’s website and look for the link to download the app. It’s easy to find, simply scroll down just below the bottom of your screen for most monitors to the Games section.

Underneath the list of games, you’ll see a link to the Blizzard Battle.net Desktop App. Click on that.

You should now be on a landing page for Blizzard’s Battle.net app. On the left side of your screen, you will see a button that says download for Mac (if you are using a Mac) or downloads for Windows.

If the button does not properly display your operating system, there should be a text link with that option directly underneath. Click on the link that’s appropriate for your computer.

3. Run the Setup to Install Battle.net

Once your download is completed, open up the file and double-click on the Battle.net Setup to begin your installation.

You will be given an option to select your language and the installer will run an update to ensure you have the latest version. Depending on your internet speed, this process should take less than a minute.

You’ll then select a download location on your computer for the app. It should default to whatever settings you have when installing a new program. The app will then finish downloading, which should take another minute or so.

Once the installation is completed, the app will automatically open. You’ll see a login screen that asks for your email and password. If you already have an account, log in and go to the next step.

If this is your first time to Blizzard, you’ll need to create your account.

At the bottom of the login window, simply click on the link to Create a free Blizzard Account. You’ll be shown a form in which you’ll need to put some basic information, like name, birthday, location, email address, password, and a security question and answer.

You also have the option of using Facebook or Google information.

Once you submit your information, you will need to select your BattleTag (AKA a username), which will be how you are seen publicly by others on the app. BattleTags can only be 12 characters at max, so be creative.

In the upper left corner of your screen, you’ll see a games category. If it’s not already highlighted, click on that and you’ll see a list of available games on the left side of the app.

There are a few ways to make friends on Battle.net.

In the upper right-hand corner of your screen, you’ll see a small icon with two people with a number next to it. That figure indicates the number of friends you have on the app. If this is your first time logging on, that number will be 0. Let’s fix that so you don’t feel sad.

Click on the icon and a popup window will open. Again, it will show you have no connections. But once you do have friends on the app, you’ll see them listed here. You can even indicate which ones you want to label as favorites.

To find connections, click on the button that says, “Add a Friend”. Another window will pop up that gives you a few options to locate friends. If you know someone’s BattleTag or the email address they used to create their Blizzard account, you can search for them here. The window will also show suggested friends, which are people you’ve recently played within a game or friends of your friends.

Add some friends, invite them to join you in a game, and start playing!

Don’t Forget to Install Battle.net on Your Mobile Phone 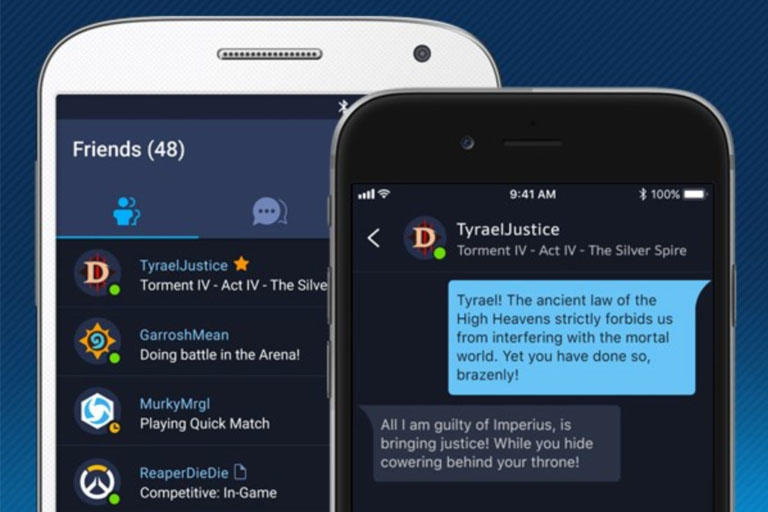 As an added bonus, Blizzard gives you the option to also install Battle.net on your mobile phone. You can’t play any games on the mobile app, but you can still use the chat features to stay in touch with friends. The mobile app also gives you the ability to see what your friends are playing (if they get in any last-minute strategy sessions while you’re away, you’ll know about it).

Finally, you can search and add new friends using the mobile app, pretty much the same way you would on Battle.net for your desktop. So, if you meet someone while you’re out and get into a conversation about Overwatch, you can simply add them as a friend right there. Because you know you’ll forget when you get home.

To find the Battle.net mobile app, just search the App Store or Google Play. Just like the desktop version, it’s free to download. You just need to log in using your Blizzard account, and you’re good to go.