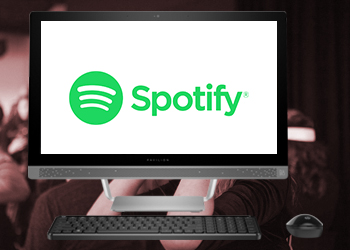 Spotify has become a popular choice for those looking to listen to music at any time and with the ability to stream and create playlists, it has become one of the more popular music apps. While many use Spotify on iOS or Android devices, it can also be installed on Ubuntu and will allow Linux users to reap the many benefits of this powerful music app. Linux may not be the most popular operating system being used, but with thousands making use of it, users will need to know how they can benefit from Spotify. The operating system is also great for any other internet actions, including playing at some of the best canadian casinos, which offer an amazing way to engage in life-like casino games for real money.

Spotify is a Swedish streaming service
that has finally made its way to the United States and it offers the ability to stream music through computers and mobile devices. Spotify is a music radio streaming service, but it also comes with some amazing tools so that users can customize their listening experience. It allows users to create and share playlists as well as songs and all of this can be done through social media sites like Twitter and Facebook. It is quite similar to using the Apple iTunes software, offering access to more than 15 million songs.

The great thing about Spotify is that it can be used anywhere and it is completely free. The company moniker allows users to Spot and Identify songs they like. To get started with this great service one will just register for a free account. When Spotify was first offered it was by invitation only, but now with millions of users worldwide, it is one of the most popular music streaming services in the industry.

The main difference between Spotify and other internet radio services is that there is a download that must be performed. Once the software has been added to the hard drive, users can enjoy the great technology and gain access to thousands of the most popular songs. While most users will choose the free version, Spotify also has two paid versions that can be enjoyed. The Spotify Premium and Spotify Family offer more benefits, including being free of all ads, offering enhanced sound quality, allowing users to listen when they are offline and also offers mobile listening without the shuffle mode being in use.

Spotify unfortunately has no supported release for Linux, but there is a way to get the benefit of Spotify by installing a code. By making use of the code, one will be able to add the Spotify repository, check for all the latest versions and install Spotify (Ubuntu) so it can be used on Linux devices. To benefit from Spotify, simply use the code provided and execute it. The code should be copied as it is written and pasted into the Terminal, and is as follows:

. These are four separate commands and need to be entered exactly. As soon as the commands have been added and executed, users should have no problem instantly opening Spotify on their computer or mobile device.

The reason there is no dedicated Spotify client for Linux is because the company says there are not enough Linux users, and even fewer who pay for the service. However, with the provided code, users can make use of Spotify on Linux powered devices and can continue to enjoy the music streaming service. On a positive note, the Ubuntu Phone does come with an unofficial Spotify app for all premium users, so there are some options aside from using the code on a computer.

The Growing Popularity of Linux

For many years, the Linux operating system has lurked in the background, taking a back burner to more popular and more powerful systems like Windows and iOS. However, things started to change in 2008 when Google released an Android device that made use of Linux in the background. Android devices cannot run any Linux applications that have not been translated to the Google platform, but the success of Android has also lead to the success of Linux. Linux is now used on many Android devices and is also used by products that are developed by Apple.

Seeing as Android dominates the smartphone market it goes without saying the Linux has enjoyed some great growth over the years. However, it does not stop there. Linux is also being used in smart televisions that are being developed by LG and Samsung and it is also seen in Nest thermostats, Kindle e-readers and even in some drones made by companies like 3DR. To give consumers an idea of how popular Linux has become, it is responsible for the displays in Tesla cars and is also used by other manufacturers like Honda, Ford and Toyota. Many companies are now turning to Linux when they wish to create new technology. Since it can be customized to meet the needs of the consumer, it is a system that can provide benefits to many different industries, not just the home computer or smartphone industries.

There are also online casinos that have started to support Linux. For many years, Windows was the star of the show when it came to the ability to play online casino games, but Linux users, including Ubuntu users, can now enjoy great casino games and many of the new online casinos to enter the market are offering software that is compatible with Linux.