Getting Started With Ubuntu Linux – Installing Programs In Ubuntu

This is the third post of this series. Our second post about managing your desktop in Ubuntu can be found here.

Programs, also known as packages in Ubuntu can be installed from Ubuntu default software repository, downloaded, and via personal archives or PPAs.

Which method you choose is up to you.

If a package is only available via a certain channel, you’ll be restricted and may only use what’s available in order to get the program installed. For example, some developers release custom software to perform specific task in Ubuntu which may only be available from their personal PPAs. In this case, you’ll have to use the PPA method to get the software installed.

Ubuntu Software Center is the default programs catalog in Ubuntu. Many of the programs there can be installed free of charge. There are few that are paid programs and are very useful. 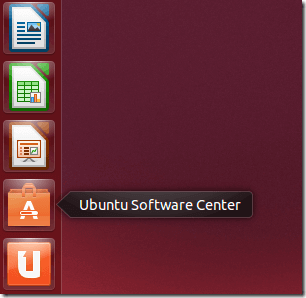 When Software Center opens, all you have to do is search for the program you wish to install and install it.

Another way to install program packages in Ubuntu is via personal archives or PPAs. These archives are hosted online and are maintained by individuals or companies. They are not regulated or monitored.

When you install packages from any of those archives, you’re doing it at you own risk and may not guaranteed work with Ubuntu.

Below are the commands to install these packages.

The first step is to getting a PPA package installed is to get its repository key. These PPA repositories are assigned keys based on security and trust. Systems that installed a repository key automatically trust that repository.

All future updates and patches will automatically be downloaded and installed on these systems as long as the PPA archive is still active and accessible.

The commands below add a PPA repository as well as download its key.